I hate one of my Animal Crossing: New Leaf villagers. His name is Rodney and he is awful.

What did this little blue hamster do to inspire my wrath? Well, I’ll show you. For starters, he makes poor choices and then doesn’t accept responsibility for them.

Then he complains about my humble, sleepy little hamlet but never plants or waters flowers or contributes money to public works projects. 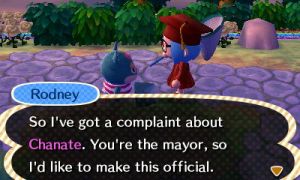 He is justifiably insecure, but places the burden of raising his self-worth on those around him.

I’ve had enough and my villagers have had enough. Eventually, they started to see through his gormless smile and are recognizing him for the snarky, selfish, lazy furball he is. Robin has been particularly vocal on the matter. 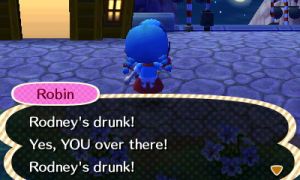 Okay, so Robin can be a bit crass and judgey. That’s probably not the best way to go about helping someone overcome their problems, but instead of coming to Isabelle or me about Robin’s town-crying, how does Rodney respond? 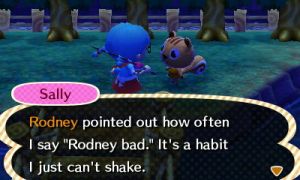 By convincing the other villagers that they are the problem!

The final straw was on my birthday. A loyal, respectable villager rushed up to greet me as I left my house, asking me to follow her. 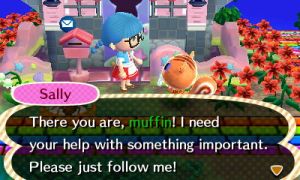 As it turns out, Sally, friend to all Chanate, had planned a surprise party for me. Villagers attended, ate cake, danced and gave me presents. 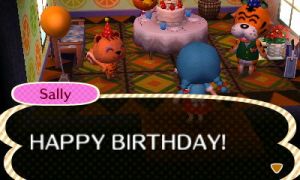 But who wasn’t in the room? Rodney. Where was he? He was in town, probably boozin’ it up with ol’ Digby.

Well, after that there was only one thing left to do. One way to end Rodney’s anti-social behaviour once and for all.

So if you ever find yourself wondering what it is I do on evenings I’m not working, now you know. I’m spending months carefully weaving a narrative through my villager’s catchphrases and greetings in AC:NL to show the darker side of small-town living. Because its perverse… and funny. Mostly funny.