So as it turns out, moving across the Atlantic and buying a house was a bit more than I had bargained for. Something had to give and that something was updating my website… And my blog!

Welp, I’m back up and running now and here to post my first blog since last Christmas (crikey!). If you were curious what I’ve been up to, let me demystify: I spend almost every weekend at home improvement stores now.

Between DIY repairs and upgrades, homeownership thus far has been a never-ending drama. Don’t get me wrong, I feel incredibly lucky to live in a home, let alone own one, but something I’ve always taken for granted is how much work goes into maintaining a house. I guess I had always thought as long as you swept it and mopped it the walls would take care of themselves. Oh what a sweet, summer child I was.

Upon moving in, I immediately discovered a flooded basement courtesy of an improperly sealed basement window. Sigh. At least that was an easy fix.

Then I didn’t have a washer or a dryer. An expensive problem, but not an insurmountable one. I bought a flashy Samsung model that sings to you when your clothes are done. Slight problem though…

I swear I measured the counter and the washer multiple times, and yet there we were. Couldn’t open the detergent drawer because the crummy plastic and press-board counter was too deep.

Okay, again, not a difficult fix. Just gotta saw the countertop to fit, but dusty business…

… and I could go on. Like how long it took to hang all my retro Star Trek posters- which by the way are nicely framed because I am a grown up. (That’s the rule: It’s okay to have posters on your walls if you’re over 30 years old, as long as you frame them.) 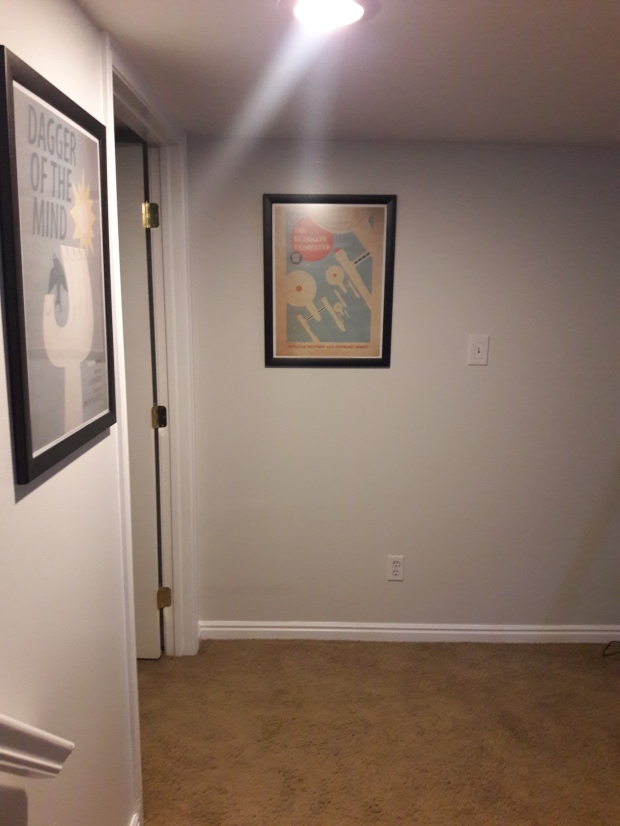 Or how incredibly satisfying (and simple!) it was to replace a gross, old shower head with something shiny and new.

But I’ll spare you all the gory details. The important thing is I am back and ready to blog. In between home projects, of course.